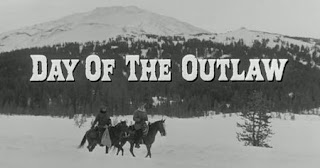 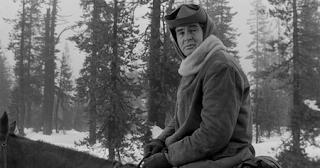 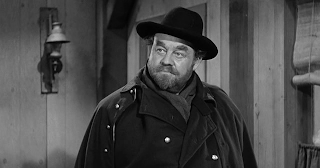 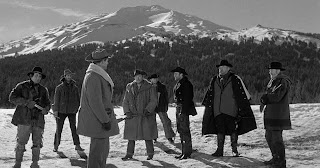 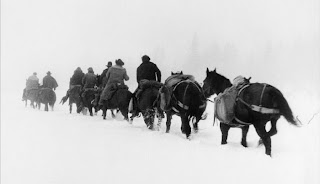 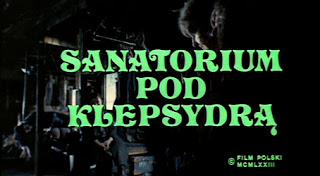 Eastern European cinema was blooming in the late 60s, early 70s, and one of the most fascinating figures to emerge from that renaissance was Polish auteur Wojciech Has. If you're heard of any of his films, it would probably be Jerry Garcia's favorite flick, THE SARAGOSSA MANUSCRIPT. But while that one's an epic trip to be sure, Has would only grow more confident, more ambitious, and, if possible, more bizarre. That's what we can gather from his 1973 oft-forgotten oddity SANATORIUM POD KLEPSYDRA, or, if I'm feeling particularly American, THE HOURGLASS SANATORIUM. 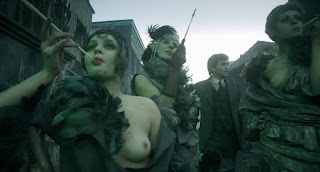 The plot in a nutshell. A young man named Joseph arrives by train to a backwater sanatorium where his dying father is interred. From there, we begin a dreamlike path through past and present, real and otherwise, as Joseph participates in these fantastical visions all moreorless dancing around the themes of life and death and the forward march of time. 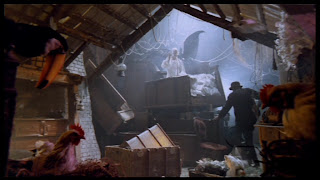 Interesting stuff, but like all the greatest movies, the real treat is the manner in which it is served to us. What makes this particular vision unlike any other is the mindblowingly cohesive world Has manages to cobble together here, a feat in itself, but this isn't just any world, it's a temporally twisted, stuffed to the gills, surrealist buffet, and it all comes together just beautifully. The elegant camera work keeps the pacing deliberate and unhurried (but never once boring, you could ogle each from for an hour at least) and each episode is stitched together with beautifully fluid editing. 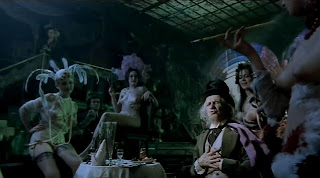 It's a film that demands relatively little of the viewer, aside from a sizable appetite for the unusual. For those of you like me who are easily distracted by pretty pictures and exquisite framing, there's plenty of love to be had. And did I mention the use of the color green? It's an odd color to lean on in film - I think typically it is associated with nauseous side effects - but ye gods, is it put to exceptional use here, possibly the best that I've ever seen. The results aren't remotely sickening, but they are distinctly otherworldly, which I imagine is exactly what Has was going for. The film itself, like the Sanatorium, is positioned distinctly out of time. 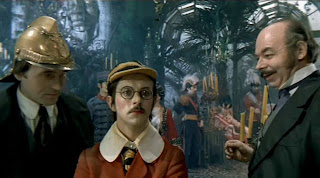