Ten for the High Road

Scottish films are for lovers.  Also drunks.  And junkies.  And feverish pagans with a torch to bear for law enforcement.  Since I identify with most of these categories, I feel a list coming on. 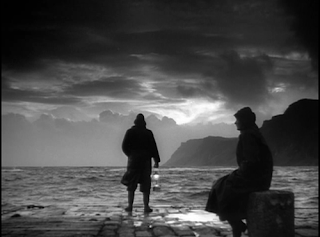 The idea came to me last week as I exited the theater from a revival screening of the Powell and Pressburger classic, I Know Where I'm Going!.  Those who know me are well familiar with my belief that The Archers can direct circles around every filmmaker you hold dear, so little wonder that I left the theater that night in love all over again.  With Wendy Hiller, with P&P, and with the mystic Scotish Hebrides, a strong contender for my favorite cinematic backdrop.  Hence, I decided to cull together a little list.  Exactly what you were hoping for, I know.

Top 10 Films set in Scotland is what I chose to dub this.  Note that I didn't say Scottish films, though nearly all qualify for that distinction as well, but I didn't feel it fair to exclude several excellent foreign flicks that so beautifully capture the spirit of the land, nor did it seem right to make room for a (terrific) Scottish film like Morvern Callar, which spends much of its time abroad, when so many others would be equally deserving.  You will also notice the absence of Braveheart.  If this seems an oversight, then it pales in comparison to Mel Gibson's complete disregard for Highland fashion and historical fact.  And quality cinema.  The eviscerations abound.

Finally, a few honorable mentions, because there's a few other classics who's absence would not go unnoticed.  First, there's Andrea Arnold's modern surveillance drama Red Road, which truth be told, I didn't love as much as Fish Tank, but deserves a mention nonetheless.  Next, perhaps the definitive Scottish comedy, Whiskey Galore!, which treats a community's debilitating alcoholism with precisely the lack of gravity that it should.  Most drastically, I've just narrowly left off the heartwarming and hilarious Gregory's Girl, which perhaps I can only justify with another inclusion later on.  I was astounded that there wasn't room for this one in my top 10, but I do think the other inclusions make up for it.  Perhaps even more egregious is the lack of any adaptation of That Scottish Play, but we all know that the prize on that one goes to Throne of Blood, and feudal Japan is hardly the Scottish highlands, now is it? 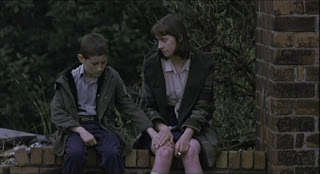 As atonement for my omission of Morven Callar, I threw Lynne Ramsay a bone with Ratcatcher, which admittedly, is a pretty fantastic inclusion itself.  Hands down one of the best depictions of youth in the last twenty years, and the exquisite framing and stunning photography are hard to resist. 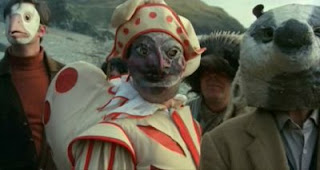 Long before Nicholas Cage donned a bear suit and kicked the crap out of some women, The Wickerman had a reputation as one of the creepiest horror films of all time.  The original taps religious fanaticism for some truly terrifying situations, culminating, of course, in the disturbing and inevitable bonfire.  And Christopher Lee has the uncanny ability to make everything creepier, so more points for that. 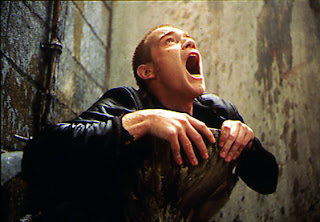 The one you were no doubt waiting for.  Trainspotting more or less lives up to its reputation as the British film of the 90s (though it will always be Mike Leigh's decade to me), and it certainly made it abundantly clear that Danny Boyle was a force to be reckoned with.  The film is slick and cool and a total rush of blood to the head, and must-see viewing for any aspiring film buff. 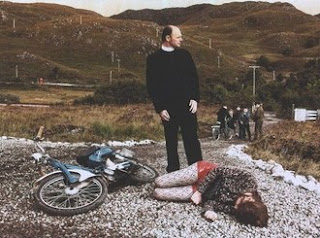 Between this and Trainspotting, 1996 marked a great rebound for the Highlands, with Western culture still in the thrall of a Scottish history that never quite existed.  True, Lars von Trier is hardly on home turf here, but the breathtaking exteriors and Emily Watson's decade defining performance are so affecting that there's little else to notice.  Warm and fuzzy this film is not, but that's nothing new for fans of von Trier, who at least seems well suited to the Scottish fog and gloom. Ye-gods, what a gorgeous film.  The single greatest argument for location shooting to come out of the 30s, with vistas as menacing as they are breathtaking (though curiously, Powell and Pressburger's Black Narcissus ten years later works equal wonders for the Himalayas, all on a studio lot).  This is a true labor of love for Michael Powell, and a unforgettable, endearingly pastoral movie-watching experience. 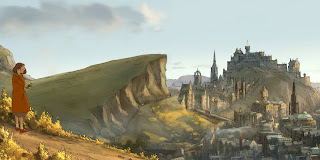 So this one's French.  Maybe, just a little.  And no less unconventional of a pick for being just shy of a year old.  That doesn't change a thing though, as The Illusionist was easily one of the great films of 2010, and not insignificantly thanks to the character that the brilliantly animated culture of Scotland lends to the proceedings.  The Edinburgh cityscape is something to marvel at, and the misty Scottish isle that the titular magician travels to is enchanting, but it's the local character that define the film, all lovingly drawn frame upon frame, for what may well end of being the animated film of the decade. 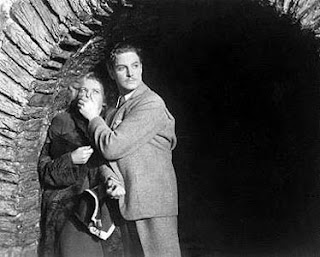 Though well-known enough in name alone, The 39 Steps remains one of Hitchcock's most underrated films, especially considering this belongs near the top of his top tier.  Any spy story that detours at length through the Scottish mores, and works in a train journey alone the way, is precisely my kind of movie.  The chemistry between Robert Donat and Madeleine Carroll is staggering, and so their adventures across the countryside amuse and thrill in equal measure. 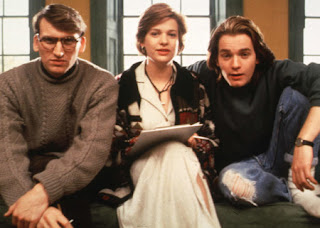 Well look who's back: Danny Boyle and Ewan McGregor, in what comes dangerously close to the best thing either have done (better than Slumdog and The Pillow Book respectively?  the jury's still out).  What is certain is that Shallow Grave is a thunderous debut feature, a film that evolves from an above average apartment comedy to a disarming tale of suspicion and betrayal.  Shit gets real, and fast.  And Boyle's lively direction never lets our attention waver.  The guy's energy is remarkable, especially considering he has yet to slow down. 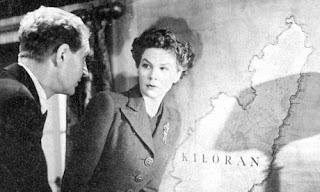 The inspiration for this impromptu top 10 clocks in at last at #2, though on another day, it could land not only at the top, but near the top of my all time favorite films list.  I Know Where I'm Going! is one of the great movie romances, and certainly one of the most relatable of them.  And so much of that romance stems from the land itself, which is why this is for many the definitive Scottish movie.  It features a cadre of local flavor that could only exist on the mythic Hebrides, and the central romance is bound at the end to the very mythology of the isles.  It's a film of immeasurable beauty, one which has been proven to reduce a grown man to tears, though on that subject, I'm afraid I will have to keep mum. 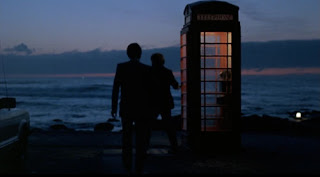 There can be only one, one film to define my entire fascination with the people and culture of Scotland, and that film is the magical Local Hero.  Maybe it's that I find my love mirrored by the Western protagonist, sent to the fictional seaside town of Ferness as an emissary from Knox Oil and Gas, who falls truly, madly, deeply in love with the land he's been sent to develop.  It's a very simple film, but one with deeply endearing characters and the occasional well-deserved laugh, and it's a reminder of just how much mileage can be gotten from quality storytelling alone.  Without benefit of showboating that the Paddy Chayefsky's and Aaron Sorkin's of the world rely on, Bill Forsyth has here one of the greatest screenplays of all time.  Overflowing with local color, basking in the gray Scottish seaside, and knee-deep in tradition (is there a more rousing dance than a Ceilidh?), Local Hero is the one film I would steer and Celtophile to in a heartbeat, and one that's near and dear to my heart.
Posted by Tristan at 12:03 AM 1 comment: