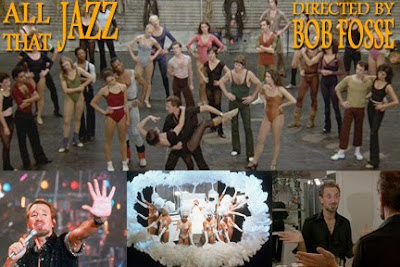 Too often reduced to categorization as American theater reworking of 8 ½, All That Jazz doesn’t need likening, however favorable, to that Italian masterwork to make a case for its greatness. Joe Gideon, the overworked choreographer and director, who like Guido is defined by the women in his life, also bears striking resemblance to his creator, the legendary Bob Fosse, and the fascinating psychosis of the source material imbues All That Jazz with one of the richest protagonists in Hollywood history. Roy Schieder plays Gideon – one of the greatest turns ever recognized by the Academy – and breaths life into the mad genius by showing his dreams and obsessions, his vices and vulnerabilities. He’s hampered with more than just creative block; Fosse saddles Gideon with a death drive that not a decade later finally caught up to him in reality. Schieder plays him like a force of nature, and that’s the only reason we believe him brazen enough to spit in the face of another force of nature, mortality, as he does throughout the film.

All That Jazz is staged as a battle Gideon cannot win, but that’s hardly for lack of trying. As he burns himself out, his erotically charged musical numbers move straight to his mind, where they become even grander than they were at the theater. He immerses himself in these fantasies up to the bitter end, and Fosse marvelous contracts the vibrant backstage world of his dreams with the bleak reality of hospital rooms. He meets death practically dancing on his own grave, which may not be winning, but as far as big exits go, it sets the bar exceedingly high.

It’s also the peak of an entire genre. Fosse removed frivolity from the musical, something that was really wearing on the medium by the late 60s. There was more to this than merely confining songs to the stage, as Cabaret does. All That Jazz makes use of all variety of musical numbers, from choreographed dance on stage and in the rehearsal room, to the lovingly executed routine Gideon’s daughter and girlfriend leap into at his apartment, to the impromptu grand song and dance numbers recalling everything from Busby Berkley to disco that string together the final days of his life. Firmly grounded in the genre, yet stripped of all its worst tendencies, All That Jazz may actually be the most palatable musical out there, and if nothing since has come close to its brilliance, they can be forgiven. Like I said, tough act to follow.

Posted by Tristan at 5:08 PM No comments:

Labels: All That Jazz 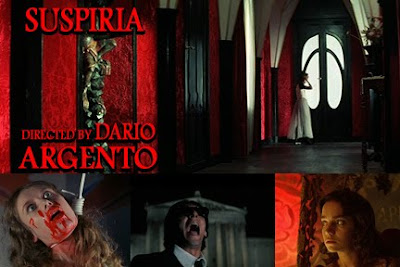 The uncanny score and the deeply hued palate set you on edge, but it’s the brutal double-murder extravaganza that kicks off Suspiria that cements its reputation in horror movie history. Following the impeccably executed first ten minutes, Dario Argento could have finished the rest of the film in his sleep and it would still rank among the best of the genre. Thankfully, he doesn’t, and though Suspiria could fairly be accused of blowing its wad prematurely, the spectacle of the opening scene undeniably gets your attention. It’s probably for the best that Argento never tries to trump the sanguine theatrics of the opening ceremonies, instead perfecting his particular brand of horror that ebbs between moody exposition and hyper-stylized slaughter.

And yet death is not taken lightly in Dario Argento films. Whereas most horror films casually and expediently dispatch with their red shirts as a means to build momentum and create cheap thrills, he gives his victims star treatment. The murders in Suspiria are few and far between, but each is staged as its own baroque set piece. The second I’m particularly fond of, a midnight stroll through an empty town square that seems destined to go horribly wrong, the pulsing question being how? There’s no sense in spoiling the fun of it all, but it quite literally leaves a mark, and if you haven’t already, you get the feeling that it’s an honor to die in an Argento film. 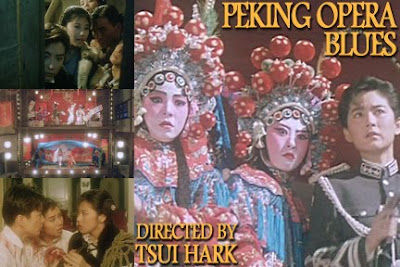 The greatest spectacle to emerge from the Hong Kong film renaissance was Tsui Hark’s manic Peking Opera Blues, an unlikely love letter to both Chinese theater and American slapstick, carried on the capable shoulders of its three female leads. The film is a zany rollercoaster of multi-genre thrills and might find its closest comparison to a live-action Loony Tunes episode, a none-too-easy feat that Hark can claim credit for thanks to his unrelenting pace, innovative incorporation of the bric-a-brac, and increasingly outlandish set pieces. Early 20th century Peking gets recreated as a virtual playground for the actors, who may just be having as much fun as the audience is amidst the colorful costumes and escalating political intrigue. Notably, it situates three women at the crux of the hijinks; a general’s daughter (Brigitte Lin), a woman on the hunt for stolen jewels (Cherie Chung), and an aspiring performer stubbornly resisting the male-dominated composition of the Chinese Opera (Sally Yeh). Such characters are refreshing even to this day, when the offering of savvy action heroines is not much better than it was a quarter century ago. To top that off, they also form a sort of ragtag team, each bringing their advantages and proving not only can you have a female-action-type, you can have at least three.

If only such wisdom could have proved more influential. Peking Opera Blues does everything so well, and so right, that it’s a wonder it doesn’t have more imitators. Not that replicating Hark’s insane plotting would be anything-but hazardous to one’s health, but merely that movie spectacles can flourish as women take the reigns, and that films can carry themselves with intelligence without sacrificing thrills, laughs and pure joy.

Posted by Tristan at 3:17 PM No comments: 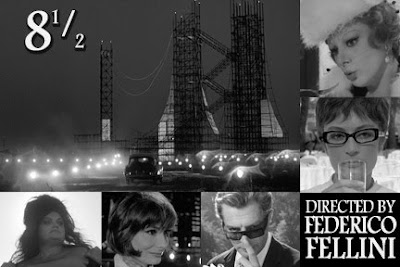 Fellini, fresh off the international success of La Dolce Vita, could have made the film of his dreams, and in a way he did, but the spectacular vision of 8 ½ that seems to have sprung fully formed from his head defies conception, design, premeditation. It arrives at the summit of Fellini’s career, everything before building steadily to this fantastic event, everything since pursuing that actual film of his dreams, which like that of any director, is chock-full of self indulgence (not necessarily a bad thing, but in his case usually so). 8 ½ holds everything in perfect balance, his carefully cultivated sense of style, his elegant yet rapid-fire rhythm, as romancing as the language itself, and his inevitable full embrace of the fantastical elements present in small doses throughout his earlier work. It exists, I suppose, because in the wake of La Dolce Vita, a career high by almost any standards, Fellini didn’t have a dream project, just a muddle of ideas concerning where he came from and where he was going. What arose from the clutter was unique to cinema, a telling exposure of the creative process from a director liberated of any need to prove himself, yet entirely concerned with analyzing his own place in things. Few films that feel so personal also feel so adventurous, and 8 ½ embodies everything so exciting about the rise of auteurs and foreign cinema in the early 60s. It remains equally awe-inspiring today, and among the films frequently cited as the greatest of all time, it stands as one of the few where I fully, wholeheartedly, perhaps fanatically, buy into the hype.